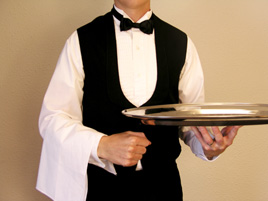 The first time that I was asked on what’s my leadership style, my mind was blank. I have no idea on what’s my style is.

When I was tasked to lead any team, there wasn’t any specific style that I have in mind, which I will use. In fact, there was no style at all. I just lead based on what I think is right (see extract). But there are a lot of times when I was wrong and I have to learn it the hard way.

As long as the following are achieved….
– The job get done and on time
– The team is happy working on the job and also together
– Care not only the job but also the one doing it (even their career life)

Come to think about it now. My style of leadership is very much like “Servant Leadership” which was coined by Robert K. Greenleaf .

“The servant-leader is servant first… It begins with the natural feeling that one wants to serve, to serve first. Then conscious choice brings one to aspire to lead. That person is sharply different from one who is leader first, perhaps because of the need to assuage an unusual power drive or to acquire material possessions…The leader-first and the servant-first are two extreme types. Between them there are shadings and blends that are part of the infinite variety of human nature.”

“The difference manifests itself in the care taken by the servant-first to make sure that other people’s highest priority needs are being served. The best test, and difficult to administer, is: Do those served grow as persons? Do they, while being served, become healthier, wiser, freer, more autonomous, more likely themselves to become servants? And, what is the effect on the least privileged in society? Will they benefit or at least not be further deprived?”

For me, it’s always about the one doing the job. If they do not perform up to standard, the work that they produced will be junk. And only with the proper environment and sufficient resources, then they can do their job well.

It’s just like Maslow’s hierarchy of needs. It’s only when their most basic and fundamental needs are fulfilled, then your team member will put in the extra effort to make sure the job are done well.

So what’s your style?